Having been advised by his doctor to defer his place in the London Marathon, Ben reluctantly follows the doctor’s advice but instead entered the York Marathon a few months laters.  Not only did he finish this Marathon but did it in the remarkable time of 2:59:28 A new PB for Ben. But Ben is no stranger to Marathons, having completed more than 8 since 2012 with times that range from the Edinburgh marathon back in 2012 (3:56), to York marathon in 2018 (3:08) and York Marathon again this year 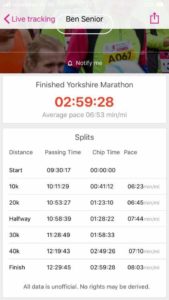 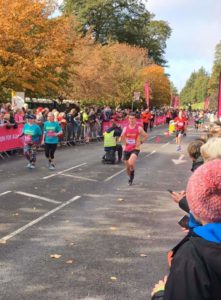